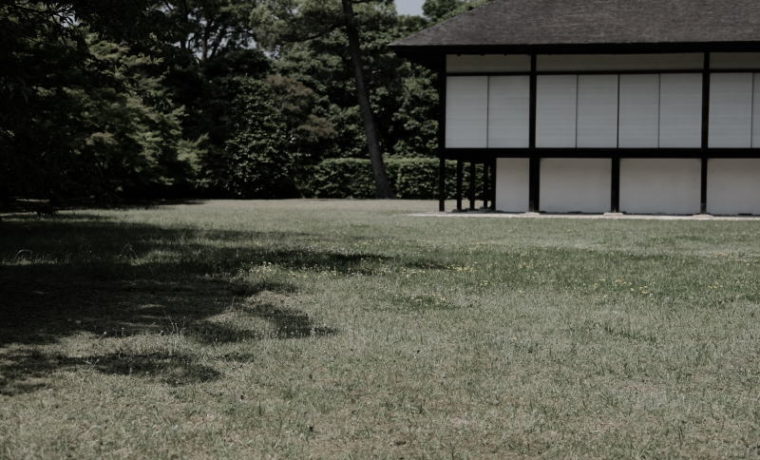 Studies suggest that the origin of Katsura Imperial Villa dates back to the early 17th century. It was when Prince Toshihito constructed the original main building.

On a sunny day in May 2016, I took part in a guided tour at Katsura Imperial Villa (Katsura Rikyu) in Kyoto Prefecture (in the Kinki Region). As some of you may know, reserving a tour there is not a very easy task. This time I didn’t secure a booking through the Internet. Instead, I visited the office of the Imperial Household Agency in person in early May. The office is in the compound of Kyoto Imperial Palace. And there I reserved a tour scheduled to be conducted two weeks afterwards. It is worth waiting because Katsura Villa is one of the fascinating places in Kyoto.

The compound of the villa is surrounded by a unique hedgerow made of bamboo grass. It spans over 200 meters and they call it Katsura hedge. As you approach the front gate, the Katsura hedge ends and a bamboo fence called ho-gaki begins and continues to the entrance.

There is an air of simplicity and cleanliness around the entrance area, with no daunting objects like an imposing wall. It made me excited to just think about what is waiting inside.

Katsura Imperial Villa is in Katsura (the former ‘Katsura village’), Nishikyo-ku in Kyoto Prefecture. The area had been popular as a spot for moon-viewing long before the villa emerged here. And the place also has been closely related to The Tale of Genji which is a work in the Heian Period (794 – 1185). Studies suggest that the origin of Katsura Imperial Villa dates back to the early 17th century. It was when Prince Toshihito constructed the original main building, the Koshoin (古書院), there. And by the middle of the 17th century, it developed almost to the point of its current state.

Near the Chumon gate there is a small pine tree whose name is Sumiyoshi Pine Tree. It is as if the pine tree prevents visitors from looking at the entire view of the garden.

Passing under the Chumon Gate

Passing under the Chumon gate, the stone path meanders at first. And then, it extends diagonally to the left toward the entrance of the Koshoin. Green moss surrounds the stone pavement. This is where the noblemen used to get off the palanquin to enter the Koshoin. Even from here, we can’t see the inside of the building, nor can we get a good look at the other buildings or the garden, as the shrubberies obstruct the view.

At Katsura Imperial Villa, the buildings from the early Edo period still remain intact. And the ‘circuit style garden’ around the beautiful pond is considered to be one of the masterpieces of Japanese gardens.

Tsukimi-dai (月見台), with its surface consisting of thin bamboo sticks, is a moon-viewing veranda, and it juts out from the Koshoin. They say that from here one can enjoy the entire view of the Japanese garden and the Shokin-tei tea house on the other side of the pond. But it was too bad that the interior of the Koshoin was not on the itinerary of the guided tour. We couldn’t stand upon the tsukimi-dai to appreciate the view.

There is a dock near the tsukimi-dai where noblemen used to ride in a boat. This dock is said to have been designed so that passengers can get on and off the boat safely. If you look to the right from the dock, you can see the Onrindo beyond the azalea shrubberies, as well as the bridge leading up to the Shoka-tei.

Taking part in the guided tour at Katsura Imperial Villa was a pleasant experience. Being well-organized, we moved like a legion, sandwiched between the tour guide at the top and the imperial guard in the rear. We entered into the garden from the north-northeast side and trod the path toward the Shokin-tei tea house.

We walked for a while through the woods, listening to the murmur of the brook. Then, suddenly a bleak landscape appeared. It is the Suhama shore which consists only of stones, no plants. A stone lantern stands at the tip of the Suhama.

As we get closer to the Shokin-tei tea house, we can see the Manji-tei rest house on a small hill on our left side. It is a resting place for the guests of the tea ceremony. And it is famous for its unique formation of the four benches found there. Although this place is not on the itinerary of the guided tour, we can see the same formation of the benches in the waiting room of the villa’s office.

They say that the benches are arranged like this so that the guests don’t need to sit face to face. But it seems the true intention of the creator is still a mystery.

The final step to reach the Shokin-tei tea house is the crossing of the large stone bridge. People may have to be careful not to fall off.