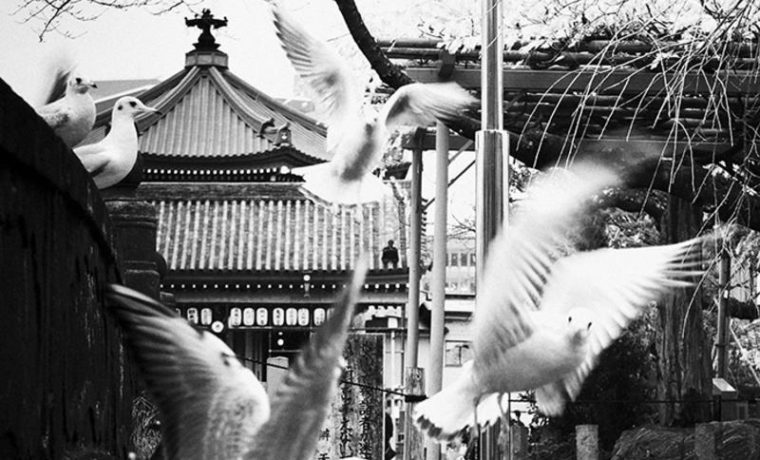 Unfamiliar Japan Tours.com started in June 2016. It is an attempt to introduce Japan from an unconventional perspective.

Started in June 2016, Unfamiliar Japan Tours.com, or UJT, is an attempt to introduce Japan from an unconventional perspective. Rather than take time presenting Japan’s major tourist spots, we strive to show you the nation’s off-the-beaten-path destinations and different viewpoints. (Here, ‘you’ basically refers to the people who are interested in Japan, or who are thinking of taking a trip to Japan.)

We want to introduce you to everything you won’t find in typical Japan-travel packages. Although we are also offering you a tour-guiding service and can talk with you about customized guided tours in Japan (see the Rates/Contact page on this site if you are interested), it is just a secondary side to our primary aim: to reveal as many lesser-known places and obscure aspects of the country as possible, hoping to finally conjure up something – something like a glimpse of the real Japan – in the eyes of travelers.

The intention of UJT is two-fold: 1) To introduce Japan’s less well-known places and unique aspects, 2) To introduce them in a way that is not stereotypical, and not influenced by the context of modern-day tourism.

For example, when Bruno Taut talks about Katsura Imperial Villa (Katsura Rikyu), he doesn’t forget to pay attention to the things which may be commonly regarded as on the periphery, like a nondescript bamboo gutter on one of the buildings, or a wave-like oval window on the side wall of a tokonoma alcove. And he talks about them with the same interest and sincerity as he does about the villa’s renowned Japanese garden.

Also, his eyes don’t miss the small creatures native to Japan, such as a Japanese tree frog or a Japanese grass lizard, living in the compound. He says in one of his writings, “The main palace building and the garden in Katsura Villa combine to form one pure entity, and even the small creatures like lizards, tree frogs, and turtles are part of it.”

On the contrary, looking at Japan’s tourist industry today, sometimes it seems that everything is, by and large, strictly governed by efficiency, profits and safety. Of course, the situation is like this for many reasons. But what is lacking here is, perhaps, the eyes to stare at the “lizard” and “frog” (figuratively speaking). So, if details happen to have been overlooked, we want to focus on them and bring them to light.

Having told you about the basic concept of this website in the above paragraphs, we think maybe we should share some basic facts about Japan here.

Japan is an island country mainly consisting of four large islands: Honshu (the main island), Kyushu, Shikoku, and Hokkaido. The total area of Japan is approximately 380,000 square kilometers, which is roughly equivalent to that of Germany or the State of California. And more than 120 million people live in the country.

Japan is divided into 47 ‘prefectures’ for administrative purposes. But when we want to get a whole picture of Japan easily, studying it prefecture by prefecture is a rather tiresome and time-consuming job. That is why we sometimes combine several nearby prefectures into large “Regions.”

Japan’s northernmost Region is Hokkaido, where the summer is ‘generally’ cool and the winter is long and cold. It has a large land area and relatively pristine nature, offering rich habitats for a variety of wild animals, including Yezo shika deer, Hokkaido red squirrels, and brown bears. The Tohoku Region boasts of large-scale rice cultivation, producing almost a quarter of the rice harvest in Japan. Fruit growing also thrives in Tohoku, and Aomori Prefecture is the country’s No.1 apple producer.

With Tokyo as its hub, the Kanto Region plays a central role in Japan in various fields, including politics, economy, culture, and transportation. And about one-third of the country’s population lives in this Region. The Chubu Region has three very tall mountain ranges in its central part. People collectively call them the ‘Roofs of Japan,’ with some of the peaks exceeding 3,000m. Chubu also includes Mt. Fuji, the highest mountain in Japan, on its southeast edge and Nagoya, the Region’s biggest city, on its southwest edge.

Roughly speaking, the Kinki Region has two faces, old and new. Kyoto and Nara are the prefectures that have long, ancient histories, while Osaka has many modern high-rise buildings and large-scale amusement facilities like Universal Studios Japan. Besides the historical structures in Kyoto and Nara, Kinki has many tourists spots, including Lake Biwa, Osaka Castle, and Himeji Castle, among others. The Chugoku-Shikoku Region mainly consists of its two parts: Chugoku, which is the western part of Honshu, and Shikoku, the smallest of the four large islands of Japan. Sandwiched between these two lands are the calm waters of the beautiful Seto Inland Sea.

Thanks to the influence of two warm ocean currents, Kuroshio and Tsushima, Kyushu has a relatively warm climate, and its waters are good for fishing. A couple of very active volcanoes are located here, including Mt. Aso, Mt. Sakurajima, and Mt. Unzen. Okinawa Prefecture also belongs to the Kyushu Region, although this sub-tropical inland chain is considerably far from the main island of Kyushu.

We hope you enjoy this website. If you have any questions, comments, corrections, or want to discuss something, please send an e-mail through the contact form on the Rate/Contact page.

Top photo: “Party” by Tetsu Sawamura, courtesy of the photographer.
Map-1: IAPONIAE INSULAE DESCRIPTIO Ludovico Teisera auctere. . .cum Imperatorio, Regio et Brabantiae privelegio decennali. People call it ‘the first modern map of Japan’. In fact, it set the standard for many maps of Japan to come until the mid-17th century. For a map created in the 16th century, it is surprising to find how accurately Japan is represented here. Well, of course, Hokkaido is missing on this map. But considering the fact that the northern island was not an official territory of Japan at that time, maybe it makes sense. In this map, the Korean Peninsula is like a long island between China and the Asian Continent to its west and the Japanese archipelago to its east.
Second Photo: Looking out to the Japanese garden from the main palace building at Katsura Imperial Villa. The section protruding toward the pond is the bamboo-floored tsukimidai (or moon-viewing veranda). This picture was originally in a book titled Nihon no Kenchiku (or ‘Japanese Architecture’) published on April 1, 1968. Now, the Kyoto Institute, Library and Archive keeps the original of this photo.
Third Photo: Felice Beato was an Italian-British photographer who was in Japan from 1863 to 1884. The location of this photograph is the present-day Mita district in Minato Ward, Tokyo. The building on the right side is a daimyo mansion once owned by the Shimabara-han (Shimabara Domain) in Hizen Province, and the people with Japanese swords in front of the building are real samurai, not fakes. Today, Keio University buildings stand on this site. The upper-right area surrounded by the wooden fences was the premises of the Iyo-Matsuyama Domain, and this is the place where ten out of the forty-seven Ako-roshi ronin, including Oishi Chikara and Horibe Yasubee, committed seppuku in 1703. Nowadays, the Italian Embassy stands on this site. The slope in the photograph still exists today, though the road has long been paved.
Map-2: ANTICO, C. (engraver) / LA COREA, LA MANCHURIA, L’IMPERO DEL’GIAPONNE e L’Isole Kurille. This map appeared in “The Commercial Atlas” published in Italy around 1860. Japan’s land area is colored in yellow. But interestingly enough, Southern Sakhalin (above Hokkaido) is shown as Japanese territory here, while the Kuril Islands (called the Chishima Islands in Japan) are not. These northern areas are controversial ones politically and historically, particularly, some of the Kuril Islands which Japan has been continuously asking Russia for the “return” of part of.
All the other photos: Property of Unfamiliar Japan Tours .com.