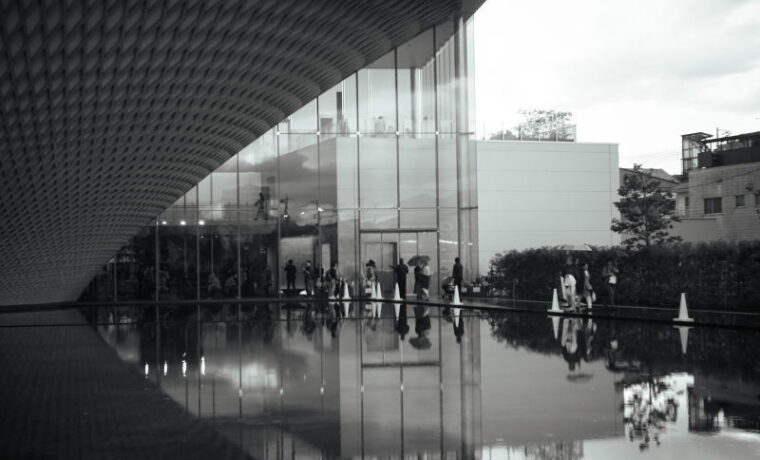 This museum was created for the purpose of "conveying to the present and future generations all things related to Mount Fuji."

In June 2013, Mount Fuji, the symbolic mountain of Japan, was listed as a UNESCO World Heritage site under the name of ‘Fujisan, sacred place and source of artistic inspiration’. And then, four and a half years later, in December 2017, “Mt. Fuji World Heritage Centre, Shizuoka” opened in Fujinomiya City, Shizuoka Prefecture (in the Chubu Region). To put it simply, this facility is a ‘Mount Fuji museum’.

According to the official statement, this museum was created for the purpose of “conveying to the present and future generations all things related to Mount Fuji”. And it also functions “as a center devoted to preserving the sacred mountain”. They built it just beside the Ichi-no-torii (the first torii gate) of Fujisan Hongu Sengen Taisha Shrine. In this museum, you can learn a lot about various aspects of Mount Fuji: its history, religion, art, and nature, for example.

I had been looking forward to visiting the museum long before its completion because some fascinating stories and rumors about it had already reached my ears. I had heard that the total construction cost would amount to be 4.1 billion yen (roughly 39 million dollars as of March 2018), the main building would be in the shape of an inverted Mt. Fuji, and we would be able to ‘simulate’ Mt. Fuji climbing there. These things intrigued me much. So I remember I was really glad when I finally got to visit there.

At first I would like to talk about the facade of the building. There is a very big water basin (in architectural lingo, a ‘water feature’) in front of the inverted-Mt. Fuji-shaped main building. The water in the large basin is actually Mt. Fuji’s spring water. First they draw the water from the nearby stream. And after circulating in the building for the air conditioners, it finally comes to the basin. It represents the concept of the museum, “the circulation and reflection of Mt. Fuji’s water.”

And when you poise your camera trying to capture the building and casually gaze down at the surface of the water, you will realize the true intention of the creator of this facility: you will find there is a reflection of the building on the water, which is not an inverted Mt. Fuji anymore but an right-side-up cone-shaped accurate description of the mountain!

This facility was designed by Shigeru Ban, a renowned architect who received the honorable Pritzker Architecture Prize in 2014. The exterior of the main building is covered by wooden latticework. The wood was locally produced in Fujinomiya City and Fuji City, and is known as the brand name “Fuji Hinoki Made.”

Entering the facility, you begin ascending the gentle slope that extends spirally 193 meters to the top 5th floor. As you do so, you realize you are now simulating the experience of ascending Mount Fuji. You will notice the scenery from the mountain is projected on the side wall beside you. And these scenes are not static ones but very lively time-lapse images, and they are changing as you go along: at first it seems you are walking through the green forest with birds singing above your head, but after a moment as you go up, the plants are gradually diminishing and you are in a desolate landscape, surrounded by volcanic rocks (this would put you at the 2,500 meter point on the actual mountain).

The shadows of ‘other climbers’ suddenly appear just like living figures. And when you ‘look down’, you can see some clouds, local towns, and the sea. When you see the view of the sea, which is the Pacific Ocean, you will notice the fact that you are now climbing the mountain from the southern side (Shizuoka Prefecture side), not from the northern Yamanashi Prefecture side. The museum is in Shizuoka Prefecture.

Then at the end of the slope (at the top floor), there is the Observation Room where the actual Mt. Fuji can be seen majestically before you (if the weather is good). And on the wall of the Observation Room, there is a collection of photographs which are equally interesting. They are photos of many local “Fuji” existing all around Japan. For a long time, it seems Japanese people have had a tendency to put the word Fuji on the name of their local mountains with majestic presence. Looking at all those “Fuji” in Japan would parhaps arouse in one a strange feeling: it is as though Fuji suddenly assumes different meaning and turns into something completely unknown, which even transcends the actual Fuji . . . .

There are several rooms and corners along the spiral slope, each of which introduces Mt. Fuji from different angles. These exhibitions are all very attractive and informative, using latest IT technology. And many of the explanations can be accessed in four different languages: Japanese, English, Chinese, and Korean.

All the staff members are kind and well-trained. They give you advise about, among other things, where you should go next. The last time I visited there, one of them kindly took me to the movie theater in time for the start of the short film. The theater has a large 265 inches screen that can show the high-resolution 4K images. The footage about the nature and culture of Mt. Fuji is wonderful.

To sum it up, I felt this is a well-conceived facility, which can be enjoyed with either a short or long visit. Even if you have only 40 minutes, it could be exciting. And if you stay for a few hours, you can take your time and learn quite a lot about Mt. Fuji through many of the instructive exhibitions. And by the time you pass through the exit gate, you might already have become an expert on Mt. Fuji! Also, what I think is special about this facility is that it is a place you can “meet with” Mt. Fuji even if the actual weather is bad. Even if the mountain is not visible through the rain, you can enjoy its magnificent image (projected on the screen) here and even can experience the virtual climbing!

If you would like to visit other places nearby, there are a couple of popular tourist landmarks in Fujinomiya City. Fujisan Hongu Sengen Taisha Shrine is a UNESCO World Heritage Site. About just several minute walk from the Centre will take to the main area of this Shinto shrine. And mystical Wakutama Pond, the nation’s National Treasure site, is located on the grounds of Sengen Taisha Shrine. Mt. Fuji’s spring water is constantly gushing forth from the bottom of this pond.

Omiya Yokocho is just in front of the second torii gate of Sengen Taisha Shrine. This is a place where several food stalls and shops are concentrated. Here you can enjoy some of the famous local dishes, including Fujinomiya Yakisoba (Fujinomiya-style fried noodle) and Shizuoka Oden. Shiraito Falls (also, a UNESCO World Heritage Site) is about a 24-minute drive from the Centre. This site is one of the representative sightseeing spots on the southwestern foot of Mount Fuji. And it is also popular as one of the beautiful fall-color spots in Fujinomiya City.

If you are interested in visiting the Mount Fuji World Heritage Centre, Shizuoka, and other places in Fujinomiya City, please send an e-mail from the Rates/Contact page of this site.