Listed in the TCD MUSEUM 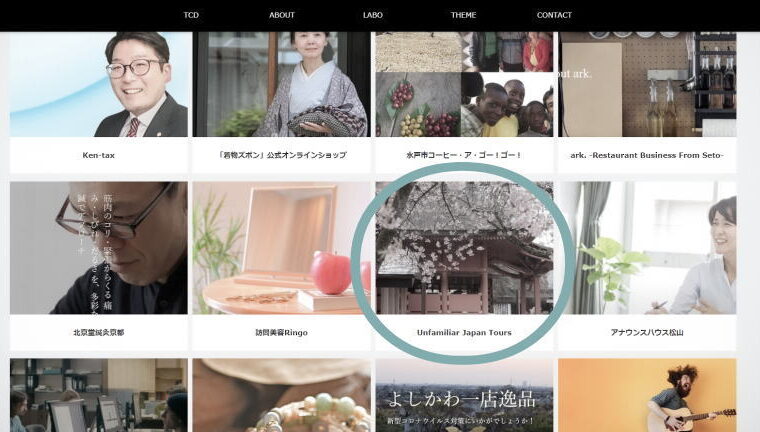 This website Unfamiliar Japan Tours .com was built and is maintained using the WordPress platform. And currently it is uploaded with a TCD theme called VIEW (■See Update 1 at the end of this post), which was released on February 17, 2016.

Up until the spring of 2019, I had been using a different website-making tool, one provided by one of the famous companies in Japan. Using that software, I made my site from scratch. (By ‘from scratch’ I don’t mean I built the website by using website-scripting languages. I mean I started from just a blank canvas provided by that software.) But it was far from what I wanted it to look like. So, I started thinking about using a visual template designed by a professional.

By that time, WordPress had already become the center of attention in the website-making community. I had heard that about 38% of all the websites in the world were made using the WordPress platform. (Currently, according to the official WordPress website, the number has reached 42%.)

With WordPress, generally you can’t make a website from scratch. I mean you can’t make one single-handedly because the base of a WordPress website is always a template created by someone. But you can use hundreds of excellent templates freely. Those templates are usually called themes in the WordPress world. Basically, you can switch WordPress themes whenever you like as if you are changing your clothes. Even if you change themes, your website contents remain the same because they are placed over a new theme. But actually, not many people make this change frequently because it often entails some minor adjustments to the website after switching.

That is why you need to be a little careful when you decide on which theme you are going to use. Generally, there are two types of themes: free themes and themes you pay for. Many of the free themes are beautiful, high-quality ones. But one of the benefits of using paid themes is that you can sometimes make a connection with a seller who will often provide customer service (especially if the seller is a reputable company).

Founded in Osaka in August 2010, Design Plus Inc. is the leading WordPress theme creator and provider in Japan. The company can boast of having the top share in the field in the country. The WordPress themes they create are called the TCD series. And the cumulative number of TCD users now far exceeds 100,000.

So, I purchased their theme VIEW in March 2019, and began to build the website using the WordPress platform. To be honest, moving my website’s contents to WordPress, without changing its domain name, was not an easy task for a layman like me. In addition, I had to change my hosting providers for some reason, which made the matter more complicated. But once the initial cumbersome work was completed and the template installed, the rest of the action was not that difficult. Now this system is very comfortable and enjoyable for me.

As of the end of September 2021, ninety TCD themes have been released. And you can check out most of them on the following site:

In the meantime, the company launched an ambitious project called TCD MUSEUM on October 23, 2018. TCD MUSEUM is a website that compiles and shows TCD users’ websites. The number of the sites listed on the Museum surpassed 500 on August 10, 2021. Visitors there can enjoy the variety of other people’s websites and sometimes get ideas on what theme to buy or on how to improve their own sites.

Entry into the MUSEUM

As you can see, the websites listed in the MUSEUM are all amazing ones. Looking at these works, you can feel each user’s enthusiasm to make his or her work unique and attractive. Many people, if they have just started making a site using a TCD theme, have entry into the TCD MUSEUM as their first goal. So, I was very glad and honored when Unfamiliar Japan Tours .com was finally listed there on June 20, with warm words bestowed upon it from the management of Design Plus Inc.

Since I first bought a TCD theme VIEW, it took about two years and three months to make it into this prestigious group. I would like to continue to improve the site in order to truly meet the standard originally set by the TCD MUSEUM.

If you are thinking about starting your own website on the WordPress platform, or if you are not fully satisfied with your current WordPress theme, I recommend you try one of the TCD themes. Aside from the design excellence and high functionality of their products, which have been cited by many, I especially would like to emphasize the fact that their customer service, including after-sales support service, is very good.

Update 1 (Added on March 12, 2022): Please note that, since VIEW is a relatively old theme released six years ago, it doesn’t fully support the Gutenberg block editor as of now. In particular, you can’t use Gutenberg-style blocks for editing the theme’s widget area, even with the new 5.9 version of WordPress. Meanwhile, TCD’s latest themes are all Gutenberg friendly. 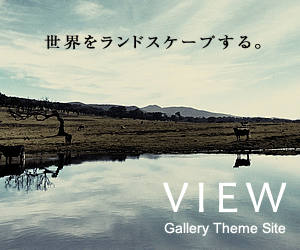