Soaking in the Japanese bath 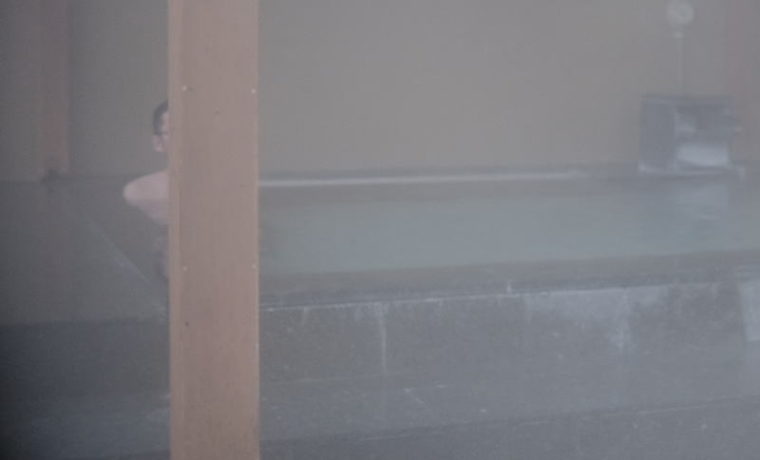 Japanese people love taking a bath, and probably it has something to do with the country’s climate. The summer in Japan is very humid and we sometimes feel an urge to take a bath in order to escape from the unforgiving weather and soak in a water. In winter, we also feel like dipping in the bath to warm our body when it’s cold. We take a bath not only for hygienic reasons but also for relaxation. We believe that soaking in a deep bathtub and being relaxed is a very effective way to remove our day’s fatigue.

Japan has had a tradition of sento (or a public bathhouse), which originated in the Edo Period (1603-1867). In those days, most people didn’t have a private bath in their homes, so they would often go to a local sento to bathe. Sento was also a place where they were able to meet neighbors and exchange information. And, out of these circumstances, the term “hadaka no tsukiai” was born, which literally means “naked relationship” and is often used even today. The true idea of this term is that, once two (or more) people go to a bathhouse together, become completely naked, and share the water in the same bathtub, all the barriers which had existed between them break down (because physically they have nothing to hide anymore) and they can communicate with each other more frankly than before.

However, the number of sento in Japan is rapidly decreasing nowadays. Probably it is because Japanese people, by and large, have already become affluent enough to have their own bathrooms in their homes. On the contrary, the number of “Super Sento” has been increasing since its first emergence in the 1980s. Super Sento is, to put it simply, a large-scale sento, but it often has many things that a normal sento usually doesn’t have: an outdoor bath (we call it sotoyu or roten-buro), a large parking lot, a restaurant, a sauna and a massage service, among others. Admission fee is slightly higher than a normal sento, usually being between 500 yen and 1,000 yen. Nowadays Super Sento are very popular and they are located along the length and breadth of the Japanese archipelago.

Kaze-no-Yu Spa Resort (‘Kaze’ is pronounced ‘car-zei’ and it means “wind”) is located in Kami-ide in Fujinomiya City, Shizuoka Prefecture, at the western foot of Mt. Fuji, and this is a place where you can casually experience Japanese sento culture. This establishment is categorized as a Super Sento. If the weather is fine, you can see the majestic view of Mt. Fuji from its parking lot.

I visited Kaze-no-Yu Spa in mid-March 2019, my first visit in two years. That day I was very tired after driving through the Asagiri Highland and visiting many places, but I could entirely rejuvenate myself there, soaking in the outdoor bath and enjoying the scenery. The staff were all very kind and cooperative, and the manager was gracious enough to have given me a permission to take photos inside the facility (with a staff member accompanying me) and put them on this website.

Here I would like to explain about what we are expected to do at a typical Japanese Super Sento. I am generalizing here, using the example of Kaze-no-Yu Spa, but these are the things that are common to almost all the Super Sento throughout Japan, though some details are different from facility to facility.

First, we take off our shoes at the entrance of the facility and put them into a shoe locker. Then we hand over the locker key at the counter and pay the fee. Next, we need to be careful because the entrance to the bathes are separate for men and women—nowadays konyoku (or mixed bathing) is not so common in Japan. Generally we can see which section we should go to by checking a kanji, or sometimes a hiragana, character written on the noren curtain at each entrance.

After entering into the appropriate changing room, we need to undress completely. We put our clothes into the clothes locker and close the door—at this point we are holding only a wash towel. I recommend you bring your own wash towel and bath towel yourself (if possible) because renting these requires an extra fee. Then we insert a 100 yen coin into the small slit on the locker and take the locker key. We put the key around our wrist during bathing so that we won’t lose it.